Protect your buildings and electrical equipment with lightning protection and surge protection from nVent ERICO. Engineered to last, ERICO’s protection systems can be trusted to help prevent fires, structural damage to buildings and catastrophic failure of sensitive electronic, computer and telephone systems. Since the safety and economic consequences of temporary or permanent failure of industrial equipment cannot be tolerated, protection devices should be installed on critical power circuits.

nVent ERICO offers power surge protection solutions in a coordinated approach where the first stage of defense is the installation of primary protection devices at the mains supply service entrance, followed by secondary protection at distribution branch panels and where necessary, at point-of-use applications.

Check out our best selling and recommended products by installation point and level of risk (personnel and equipment) or keep browsing our surge diverters’ and surge reduction filters’  main categories. 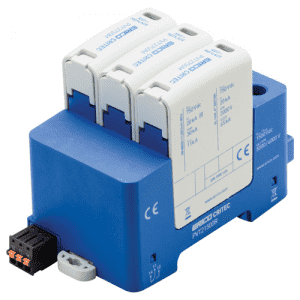 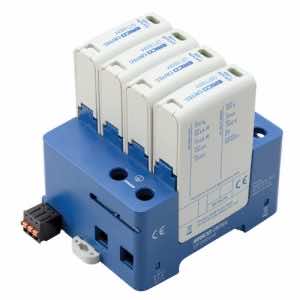 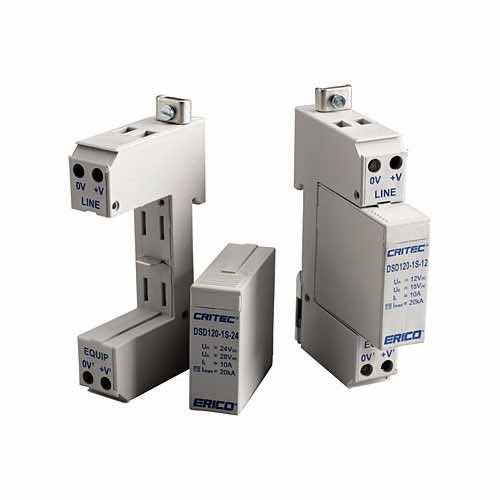 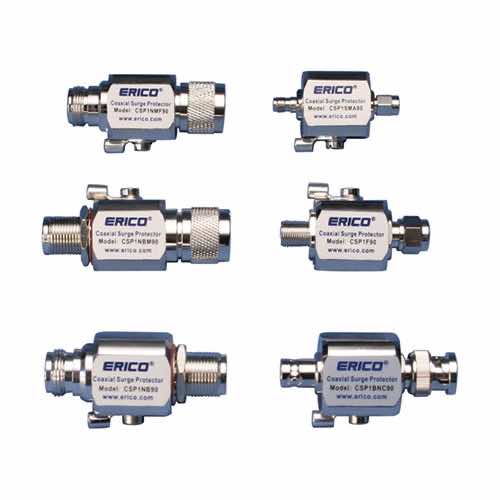 Sources of Transients and Surges

Surge protection products are designed to help protect against damaging electrical surges on power and communications lines caused by lightning and other switching events. Although lightning is the most spectacular form of externally generated surges, it is only one source of over-voltage. Other sources include the switching of power circuits, the operation of electrical equipment by neighbouring industries, the operation of power factor correction devices, and the switching and clearing of faults on transmission lines. It is important to note that lightning does not need to directly strike a power line for such damage to occur; a strike several hundred meters away can induce large damaging transients, even to underground cables.

It is estimated that 70 to 85% of all transients are generated internally within one’s own facility by the switching of electrical loads such as lights, heating systems, motors and the operation of office equipment. Modern industry is highly reliant on electronic equipment and automation to increase productivity and safety. The economic benefits of such devices are well accepted. Computers are commonplace and microprocessor-based controllers are used in most manufacturing facilities. Microprocessors can also be found embedded in many industrial machines, security & fire alarms, time clocks and inventory tracking tools. Given the wide range of transient sources and the potential cost of disruption, the initial installed cost of surge protection can readily be justified for any facility.